a place of holding-together: advent

from the original Daily Sip 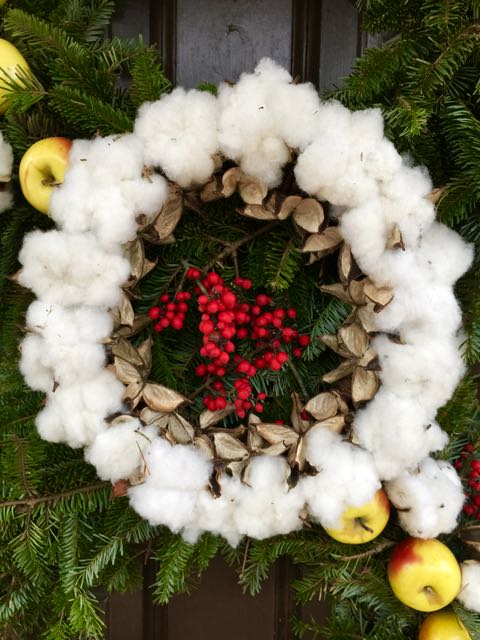 Twilight is a time for questions before sunrise.

Advent, like twilight – is an in-between-time.  It falls between the light – the green color of regular time and the bright white – the light – of Christmas and Epiphany’s bright star.

We approximate the color of Advent’s twilight with this dark blue color – not the purple of Lent’s emphasis on sin, but blue’s interpretation of twilight’s questions.

The version of our modern word “twilight”, in its earliest Sanscrit roots, translates as “a place of holding together” much the way twilight holds together night and day. This season is a time for questions.

Thomas Merton had a name for twilight – this time of day in which we are bathed in a pre-dawn half-light – he called it “le point Vierge” in his native French – or “the virgin point” of the day. Le Point Vierge is the moment before sunrise when all of nature, wrestling from sleep and silent stillness, asks permission from God to exist in a ritual of design.

So twilight – this dark blue – is a hinge moment before dawn, that in-between moment – a divine moment of planetary question and divine decision – when the animals, plants and people, in the darkest, coldest part of night – wait together- momentary equals – asking for the divine thumbs-up of sunrise – that moment when life and death hangs in the balance and God makes a daily decision. It is after that divine “yes” to the in-between twilight question– that life – a new day – is granted permission to begin.

In the reading from Isaiah today, this first day of Advent, we hear the prophet speak a line which has caught the imagination of the world: “…they shall beat their swords into plowshares and their spears into pruning hooks…”

It takes work to do this.   The two-room house in which I live used to be an iron forge – it was an art studio for a man who forged iron.  The open walls which once let out smoke and sparks are now glass and the forge’s chimney is now my fire place. The forge of a Blacksmith is a place of transformation – black soot, smoke, hot coals, sparks, glistening muscles and brute force. Pounding. Pounding. Pounding.

When I was a small child, we often spent Christmases in Colonial Williamsburg. In those days it was still a quiet hamlet.  The apples and oranges nestled into the pine on doorways and mantles, along with the smell of cider and roasting game felt magical in a town meticulously re-crafted to replicate the Williamsburg Capital of a nation in the political twilight of 1776.  The whole town was transformed into its colonial self, complete with tours by men and women in 18th century American costumes and restaurants serving colonial foods like peanut soup and ginger cakes – spoon-bread and hominy grits.  I love history and so awoke before my parents, and was out the door like a rocket.  But they would always know where to find me.  I would be at the Blacksmith’s shop.

I have seen the work that is required to turn a sword into a plowshare – the brute force and heat required to re-craft a spear-head into a pruning hook.

But it can be done.  Weapons can be re-made.

How many of us know and love someone struggling with cancer?  The world’s first chemotherapy drug, “mustine” was developed in the 1940’s from Nitrogen mustard, which came from mustard gas – developed for fighting in World War One.

The question Advent asks is this:  “What tools of war in your life – in my life – need to be heated in the forge of prayer and then hammered on the anvil of determination- re-made into tools for peace?”

That is the planning for Christmas to be done in Advent’s twilight.  Go ahead and string lights.  Make baked goods. Plan decorations, parties, meals and presents.  But alongside that work there is internal work to be done for you and for me. The soul-planning for Christmas is this one question: “What, during these next four weeks of preparation,  in you and me, has been used for violence that now needs to be re-fashioned, re-made, re-formed into something which brings peace and light?”

What swords and spears exist in your life that need to be re-forged with fire, hammers and sparks?

I think that because of how we have developed worship in our church, we think Sunday-at-church is a place for sanctuary, peacefulness, gentleness and rest.  And sometimes it is indeed.  But historically, the House of God (Bethel) is a place of mediation in which worship is used to bring different people together with each other and together with their God.

What sharp thing inside of you and me can be re-fashioned in Advent?

•    Could the massive expense of Christmas shopping become hammered into a gift to the financially poor?

•    Could $500 be held back from the Christmas spending this year in favor of a last will and testament which includes Saint John’s Cathedral?

•    Could the money spent on gifts between a married couple be spent, instead, on couple’s counseling to re-form a marriage needing re-invention?

•    Could the next four weeks be a time in which we decide to spend ten minutes in prayer, with a candle, every day of the week?

•    Is there some, hatred, some grievance, some resentment inside you and me which could be hammered on the anvil of love and transformed – softened – into some new tool like forgiveness, release or generosity?

Advent is an in-between time to see the chains we have forged of step and to break, and re-make them into something peaceful.

You remember your Charles Dickens.  Each year in Advent I host a dinner of close friends ad we read a Christmas Carol between courses by firelight…

“You are fettered,” said Scrooge, trembling. “Tell me why?”
“I wear the chain I forged in life,” replied the Ghost. “I made it link by link, and yard by yard; I girded it on of my own free will, and of my own free will I wore it.” (A Christmas Carol, Charles Dickens)

May Advent re-forge our chains and release us to grasp our swaddled God.